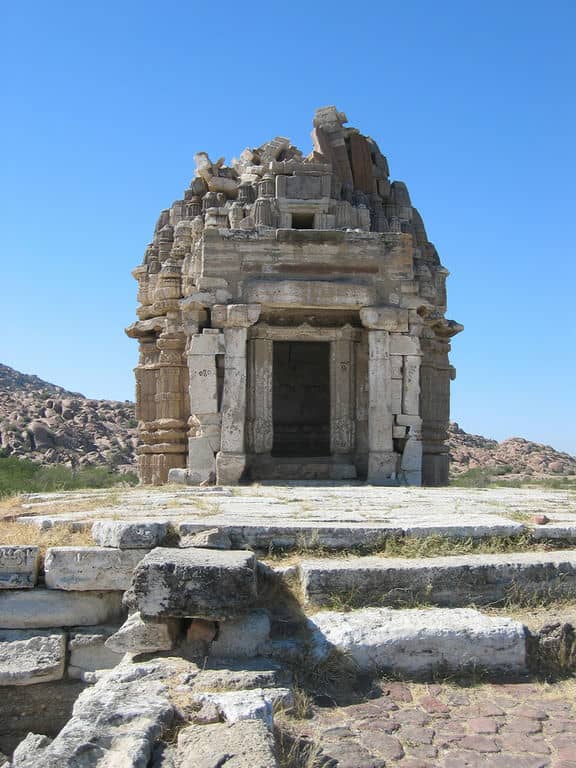 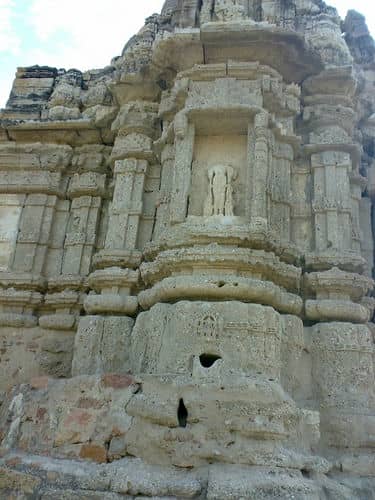 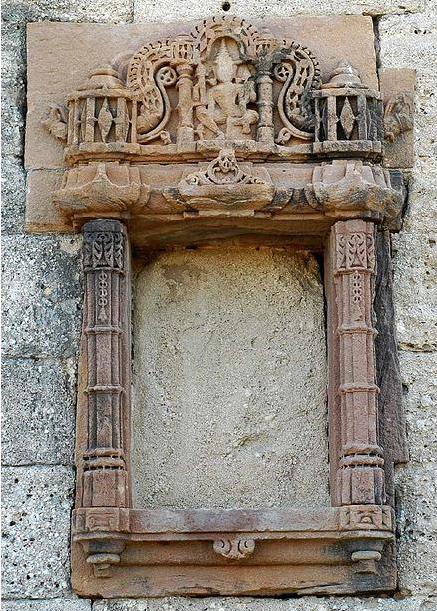 Thar desert has a splendid collection of ancient temples, testimony to the presence of colourful Hindu and Jain kingdoms in the past. Among these ancient sites the heritage of Bhodesar must be mentioned. Bhodesar is situated north-west of Nagarparkar beneath the Karoonjhar Hills, and is popular due to its small mosque, built by one Mahmud Shah bin Muzaffar in 1505 AD with marble brought all the way from Gujarat. The place was formerly known as Bhodesar Nagri and is said to be a prosperous and affluent city of those days, when the buildings still found there had been constructed. The foundation of Bhodesar is supposed in 515 CE. According to some local traditions the name of the city is derived from a queen, named Bhodi, who formerly ruled the country. Furthermore it is said, that queen Bodhi constructed a beautiful pond with a metallic base. Much later, in 1025 or 1026 CE, this pond was visited by Sultan Mahmud of Ghazni, who, to avoid a conflict with the armies of Ajmer after his campaign to Somnath, made a detour across the Thar desert on his return to Ghazni. During his journey he lost the track and in search of water he arrived at this pond. Subsequently he constructed a memorial at this place which was later converted into Mosque by Sultan Mehmood Begra.

Nearby the mosque the ruined Jain temple is located. The temple is built on a high platform and reached by a series of steps carved into the rock. Huge stone slabs constitute grand columns carved with objects of Jain worship. These stone carvings display a high level of expertise and dedication, carved as they were at the apex of Jain culture. The building is in a dilapidated condition: the remaining walls are instable and partially collapsed, the formerly installed idols vanished long time ago and some parts of the building had been dismantled brick by brick by the locals who used the bricks to construct and repair their homes. There are two other Jain temples in Bhodesar supposed to have been built in 1375 CE and 1449 CE built of kanjur and redstone, finely carved and adorned with corbelled domes. The date of construction of the ruined Jain temple is controversial. According to some local traditions the temple was founded in the 9th century CE but a more likely date is the the 14th or 15th century CE.

The city of Bhodesar was once inhabited by Sodhas and Khosas, who were dreaded bandits and the people of the country were scared of them. The repeated complaints by these scared people reached finally the administration of the Tughlaque rulers in Delhi. Thus, Sultan Mehmood Begra led an expedition to Parkar in 1504 CE to capture the bandits, but he remained unsuccessful and went back to Delhi.

Later his mother was attacked at the same place along with other travellers, so Sultan Mehmood Bogra started a second punitive expedition against the Sodhas and Khosas. He arrived Bhodesar in 1505 CE and defeated the bandits this time. As a symbol of triumph over the Sodhas and Khosas of Bhodesar he constructed a mosque at this place, not far away from the ancient Jain temple.